I was recently in a fundraising workshop when the presenter said, “When you’re talking to investors, you gotta tell them how you’re going to make them money! They don’t care about gender or skin color or if you’re a veteran.” Then he paused and said “Well, actually diversity is hot right now.”

Diversity is “hot” right now … that’s true. So why is funding for women founders down, not up?

As we close out Women’s History Month, I feel compelled to remind everyone that last year, in 2021, only 2% of venture capital funding went to women founders. And just a tiny percentage of that went to Black and Brown women. What is even more discouraging is that – despite all the recent attention to Diversity and Inclusion – this is the lowest it’s been in a decade.

What does this mean? It means that when making investment decisions, investors are focused on women’s past accomplishments and what could go wrong with their businesses. With men, investors are looking at their ideas and are more focused on the upside. This same bias is true in the workplace, where women aren’t promoted because managers underestimate them. If women are not given the same latitude to take risks as men and already have to be successful in order to be given the opportunity to succeed, it’s no wonder there’s a 2% “cap” on funding for female founders and only 1 in 17 CEOs is a woman.

At Mightly, we owe a great deal to an early angel investor, Anna Binder, Head of People at Asana, who believed not only in our mission but also in our all-women founding team. One of the things that has made Anna so successful in her career is her ability to spot potential and then provide people with the tools they needed to succeed. For us, and for most female founders, what we need to succeed is money. Unfortunately, many of the initiatives to support women and other underrepresented founders are focused on mentorship and non-financial business resources, when really what we need is cold hard cash.

Catherine Karima-Jones,  CEO at Red Dot Digital Inc. and B2BeeMatch, said it perfectly in this opinion piece  “Rather than giving us mentorship, I want funders to give women money, and then give us free rein. Let us learn, the same way men do. Let us take risks, and accept that some entrepreneurs will fail. Funders let men run unsuccessful businesses, and it doesn’t seem to stop them from continuing to fund them at a much greater degree. I want them to treat women the same way. It’s by taking that kind of chance – equitably, by funding businesses run by people of all genders – that we see success.”

So on this, the last day of Women’s History Month, I join Ms. Jones in her call to action, “Give us the funding, and then we will show you what we can do.” 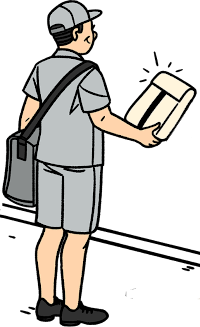